A beautifully hand stitched pencil case. Perfect for school or just keeping all your little one’s pens and pencils in one place. Please be aware that the design and colours may vary from the image shown. Carefully sewn and embellished by artisans in our workshops in Iringa, Tanzania.

Esta became deaf when she was three years old after she was seriously ill. There was nothing the doctors could do and she lost my hearing. Thankfully, she was able to attend a deaf primary school but her mother died when she was eight, and things became very difficult from then on.

“Since then I have learnt to make many new things, including pencil cases, cushions and purses. I hope to continue working here in the future so I can support my 5 year old son.” 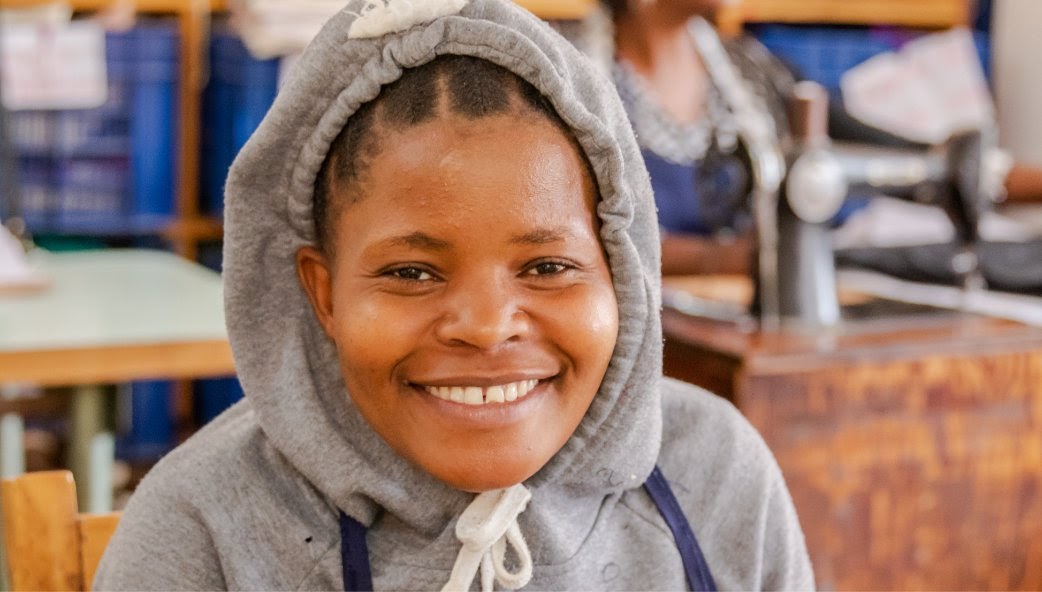